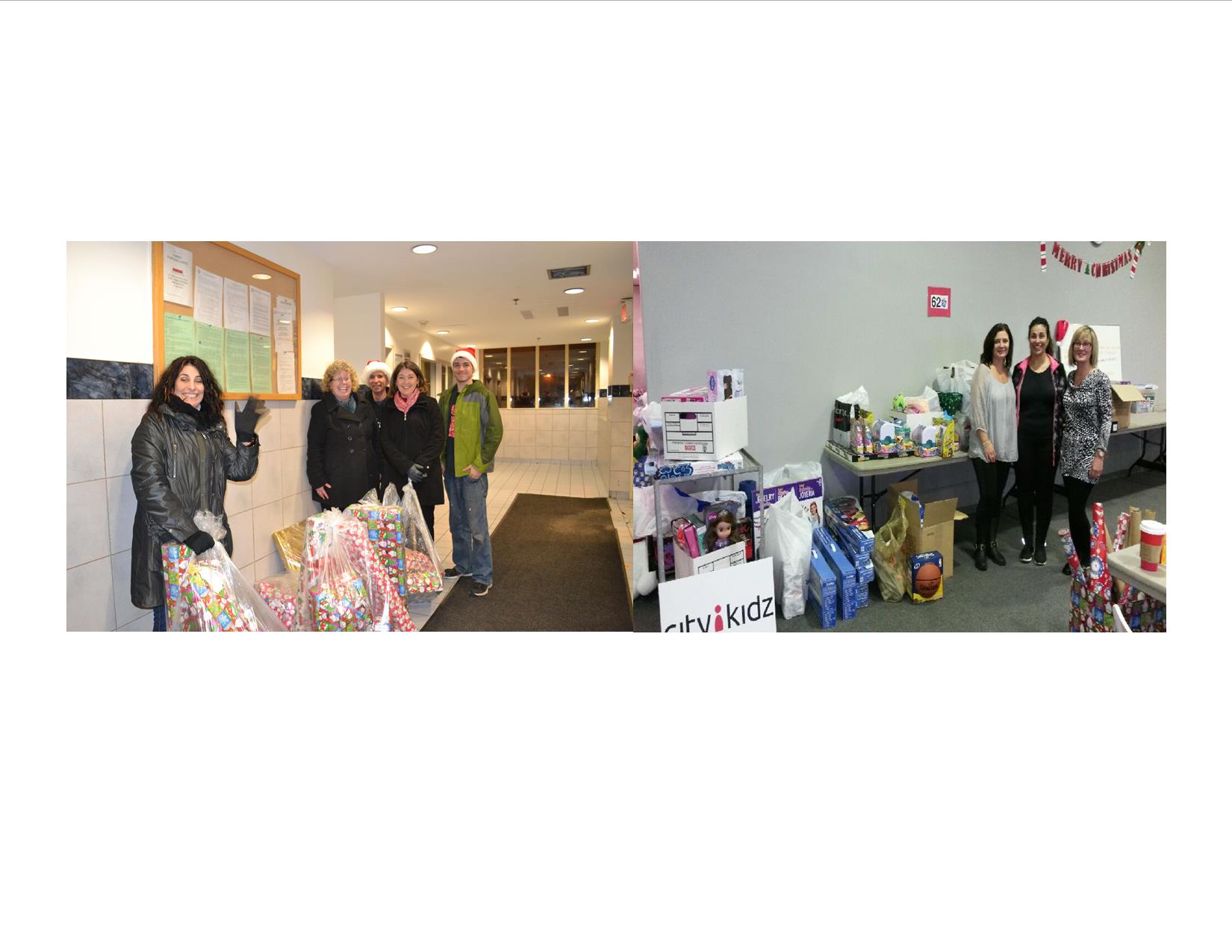 What an exciting time of year and thanks to the combined 'Efforts' of Weisz, Rocchi & Scholes and The Effort Trust Company, once again it was a special time of year for some very deserving people, young and old. This year our team of Elves (Barbara Shea, Lynne Anderson, Josie Aloisio and Larraine Cooper to name a few) was led by our own Anna Helseth, and what an amazing Head Elf she made! From beginning to end, Anna made her list and checked it twice (or more if you know her).

WRS and ET staff came together, purchased unwrapped gifts and gave generous donations to an organization by the name of City Kidz. We then reached out to our vendors and contractors and what a success! The total donated to the organization in cash alone totaled over $7,000 and was given to the organization to go directly to the costs of running the programs. This included an extra 'Effort' by our banking division who also created a 'Girls' Night Out' Basket and raffled it off to raise $400 just for this.

Now if that wasn't enough, WRS and ET managed to supply gifts for an outstanding 48 families this year. A few staff volunteers collected all the donations and gifts, brought them down to the City Kidz headquarters, wrapped them up and assisted in their delivery as well, going door to door all evening. Even when Santa's Sleigh (the bus) broke down, they didn't let that stop them. They loaded everything up into a new sleigh (bus) and carried on their mission, bringing toys and smiles to many in need this Holiday Season.

Anna shared one memory that will stick with her forever as well; while delivering to a young boy in an apartment building, he was given a "Halo Scooter". The boy unwrapped the scooter, said nothing and ran quickly upstairs to his room.  They didn't know what to think. Later while they were delivering gifts on other floors he came out of the elevator and gave them all big hugs especially the City Kidz captain, Dave.  The boy's mother said he was so overwhelmed when he opened it and he wouldn't go to sleep unless he thanked them. This was the first launch of the 'sponsorship route'. Normally kids received a generic gift from the toy drive pile.  They said this was the first year children received a personalized gift from their 'Santa wish list'. What a beautiful memory. It makes it all worthwhile and makes everything else seem so minuscule. Great job Team!