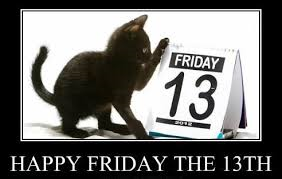 Have You Heard Of Friday the 13th At Port Dover?

"In 1971 when George Simons gave his son a Rupp minibike, he never dreamt he would be instilling a life-long passion in his son Chris. Chris Simons has since owned several dozen bikes. He knows bikes inside-out and top to bottom. Chris also had a well-known bike shop in Port Dover called 'Biker's Delight'. The Friday the 13th tradition started in 1981. Chris Simons and approximately 25 friends, through word of mouth, got together at the Commerical Hotel {The Zoo}, now known as Angelos of Dover. It was in November and it was Friday the 13th. They had such a good time they decided they should do it every Friday the 13th. And so the tradition was born.

Every Friday the 13th thereafter, the number of people coming to the event has increased. Chris has a suitcase full of newspaper and magazine clippings regarding Friday the 13th and he has become somewhat of a celebrity because of it. Everywhere he goes, people have heard of Friday the 13th in Port Dover."¹

This is the second Friday the 13th of the year, the first being one of the coldest February days in History, and I am sure there will be several brave souls bundling up and heading out to 'Dover' today. Stay safe, stay warm and enjoy your tradition!