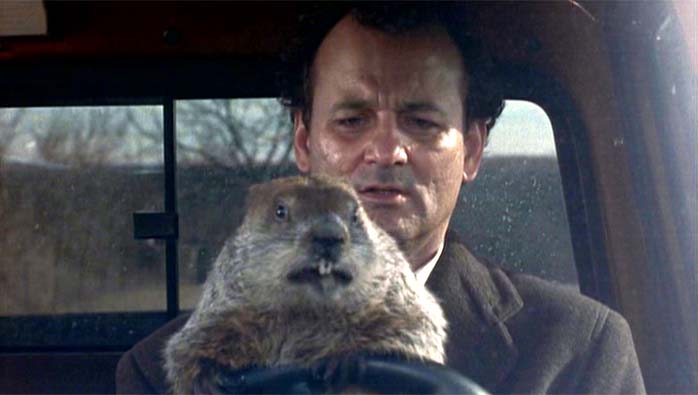 Thousands of years ago when animalism and nature worship were prevalent, people in the area of Europe now known as Germany believed that the badger had the power to predict the coming of spring. They watched the badger to know when to plant their crops.

This tradition was brought over to North America, predominantly in Pennsylvania in the United States, where it was the groundhog, not the badger, which makes these "predictions". According to folklore, if the groundhog will sees its shadow on February 2 it will return to its burrow, indicating that there will be six more weeks of winter. If it does not see its shadow, then spring is on the way.

The Groundhog Day concept became popular in Canada in 1956 when Wiarton Willie became a household name for his early February "weather predictions". Wiarton's Groundhog Day festival grew as Willie's fame increased. It became one of the largest winter festivals in Bruce County, Canada.

Punxsutawney Phil (USA) saw his shadow and Wiarton Willie (Canada) did not!

I don't know about you but I am going with Willie this year! Early Spring all the way!