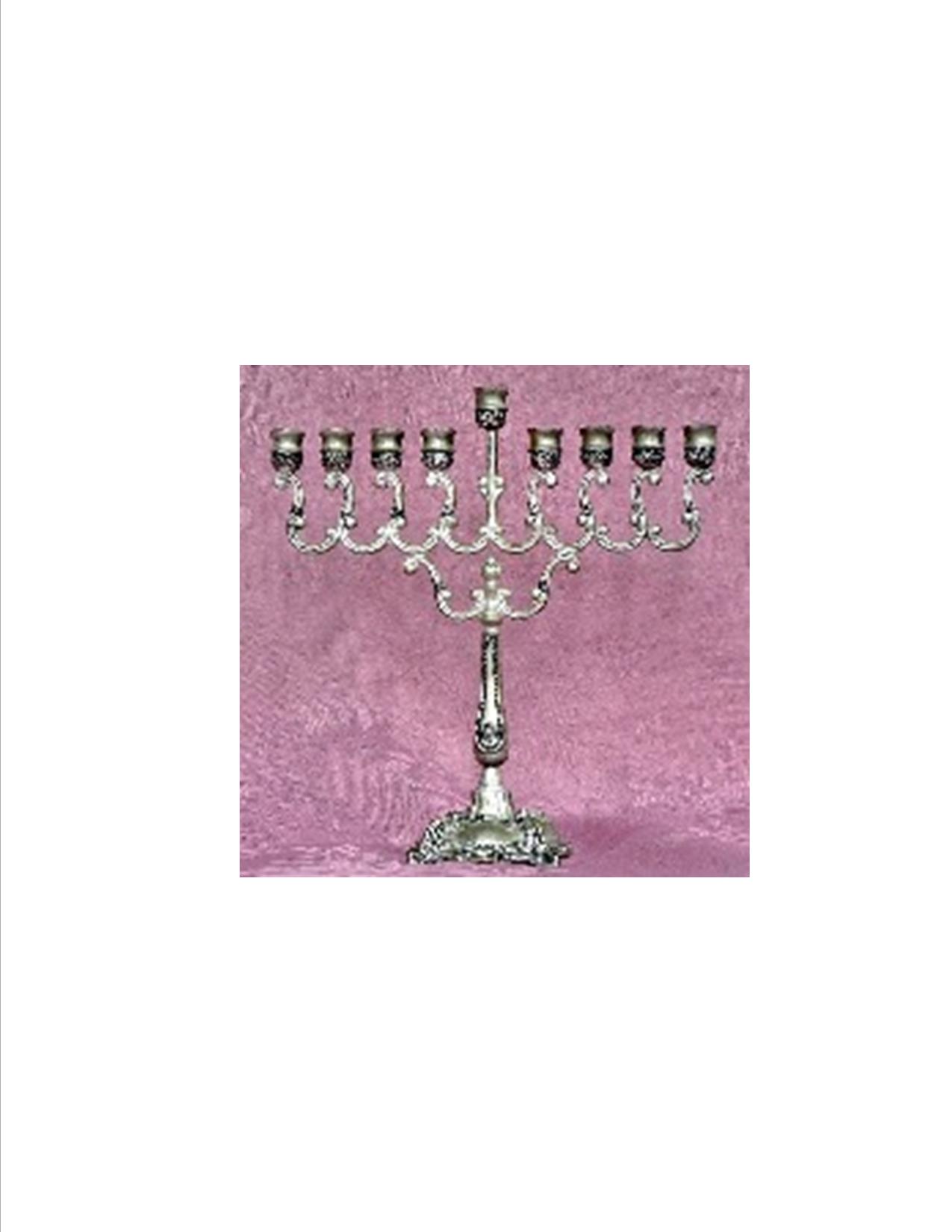 Hanukkah, did you know…….

"Many people define major Jewish holidays as those that feature traditional holiday meals, kiddush, holiday candle-lighting, etc., and when all forms of work are forbidden. Only biblical holidays fit these criteria, and Chanukah was instituted some two centuries after the Bible was completed and canonized. Nevertheless, though Chanukah is of rabbinic origin, it is traditionally celebrated in a major and very public fashion. The requirement to position the menorah, or Hanukiah, at the door or window symbolizes the desire to give the Chanukah miracle a high profile.

In Hebrew, the word Hanukkah is written ×—Ö²× Ö»×›Ö¸Ö¼×” or ×—× ×•×›×” (á¸¤ÄƒnukkÄh). It is most commonly transliterated to English as Chanukah or Hanukkah, the former because the sound represented by "CH" ([χ], similar to the Scottish pronunciation of "loch") does not exist in the English language. Furthermore, the letter "á¸¥et" (×—), which is the first letter in the Hebrew spelling, is pronounced differently in modern Hebrew (voiceless uvular fricative) than in classical Hebrew (voiceless pharyngeal fricative [Ä§]), and neither of those sounds is unambiguously representable in English spelling. Moreover, the 'kaf' consonant is geminate in classical (but not modern) Hebrew. Adapting the classical Hebrew pronunciation with the geminate and pharyngeal á¸¤eth can lead to the spelling "Hanukkah"; while adapting the modern Hebrew pronunciation with no gemination and uvular á¸¤eth leads to the spelling "Chanukah". It has also been spelled as "Hannukah".

There is a custom of eating foods fried or baked in oil (preferably olive oil) to commemorate the miracle of a small flask of oil keeping the flame that was in the temple alight for eight days. Traditional foods include potato pancakes, known as latkes in Yiddish, especially among Ashkenazi families. Sephardi, Polish and Israeli families eat jam-filled doughnuts (Yiddish: ×¤×× ×˜×©×§×¢×¡‎ pontshkes), bimuelos (fritters) and sufganiyot which are deep-fried in oil. Hungarian Jews eat cheese pancakes known as "cheese latkes".

Rabbinic literature also records a tradition of eating cheese and other dairy products during Hanukkah. This custom, as mentioned above, commemorates the heroism of Judith during the Babylonian captivity of the Jews and reminds us that women also played an important role in the events of Hanukkah.

Hanukkah lights should usually burn for at least half an hour after it gets dark. The custom of the Vilna Gaon observed by many residents of Jerusalem as the custom of the city, is to light at sundown, although most Hasidim light later, even in Jerusalem. Many Hasidic Rebbes light much later to fulfill the obligation of publicizing the miracle by the presence of their Hasidim when they kindle the lights.

Inexpensive small wax candles sold for Hanukkah burn for approximately half an hour, so on most days this requirement can be safely ignored.

Friday night presents a problem, however. Since candles may not be lit on Shabbat itself, the candles must be lit before sunset. However, they must remain lit through the lighting of the Shabbat candles. In keeping with the above-stated prohibition, the Hanukkah menorah is lit first, followed by the special candles which signify the beginning of Shabbat."¹