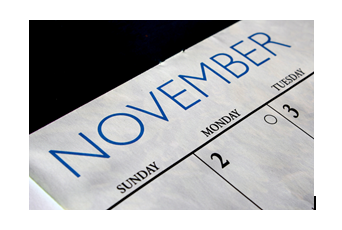 November is the 11th month of the year and one of four months with a length of 30 days (quick...what are the other 3?). November was the ninth month of the ancient Roman calendar and has retained its name from the Latin novem meaning nine.  Effort Trust thought it would be fun to put together some other interesting tidbits about November.