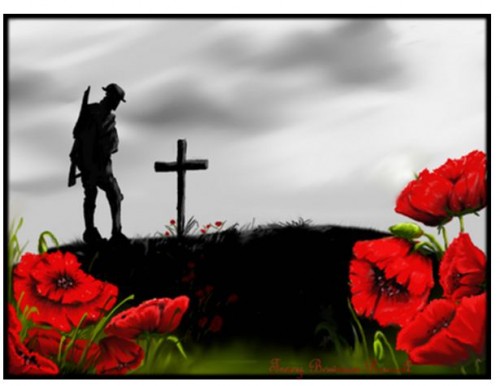 Remembrance Day - Why the Poppy?

Throughout the world the poppy is associated with the remembrance of those who died in order that we may be free.  Are you aware of the reason how and why the poppy became the symbol of remembrance?

During World War One, the fields of Northern France and Flanders were torn apart. Once the conflict was over, the poppy was one of the only plants to grow on the otherwise barren battlefields.

The poppy has come to represent the immeasurable sacrifice made by his comrades and quickly became a lasting memorial to those who died in World War One and later conflicts.  The significance of the poppy as a lasting memorial symbol to the fallen was realized by a Canadian soldier, John McCrae, in his poem In Flanders Fields. The first lines of the poem have become some of the most famous lines written in relation to the First World War.

In Flanders fields the poppies blow
Between the crosses, row on row,
That mark our place; and in the sky
The larks, still bravely singing, fly
Scarce heard amid the guns below.

Effort Trust would like to thank all of those that have served and continue to serve our country.  The freedoms and way of life that we as Canadians enjoy today are the direct result of the sacrifices that so many have made.