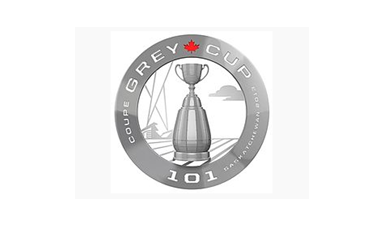 The History of the Grey Cup

The first Grey Cup game was held on December 4, 1909 when the University of Toronto Varsity Blues defeated the Parkdale Canoe Club 26–6 before 3,800 fans. They retained the trophy in the following two years, defeating the Hamilton Tigers in 1910 and the Toronto Argonauts in 1911.

Canada's participation in the First World War resulted in the cancellation of the championship from 1916 to 1918, during which time the Cup was forgotten. Montreal Gazette writer Bob Dunn claimed that the trophy was later rediscovered as "one of the family heirlooms" of an employee of the Toronto trust company where it had been sent for storage. The Grey Cup game was also cancelled in 1919 and finally resumed in 1920 with the 8th Grey Cup game, won 16–3 by the Varsity Blues over the Argonauts. It was the University of Toronto's fourth, and final, championship.

Operations were again suspended in 1942 due to the Second World War. Grey Cup play was expected to be suspended along with the unions however the military felt the game and sport would serve as a morale booster and organized teams at bases across the country.

The Toronto Argonauts have won the most Grey Cup championships. The Saskatchewan Roughriders have the most losses in Grey Cup play (15), including five consecutive losses between 1928 and 1932.

The Grey Cup is the name of both the championship game of the Canadian Football League (CFL) and the trophy awarded to the victorious team. It is contested between the winners of the CFL's East and West Divisional playoffs and is one of Canadian television's largest annual sporting events. The 101st Grey Cup was played on November 24, 2013 in Regina, Saskatchewan where the Saskatchewan Roughriders defeated the Hamilton Tiger-Cats (45 - 23).

Effort Trust would like to congratulate the Roughriders on their big win and hopefully, we will see Hamilton in the Grey Cup next year and see them bring home the cup.