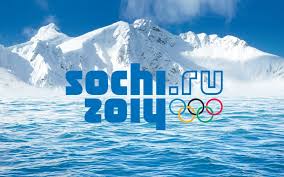 The XXII (22nd) Olympic Winter Games are finally here! As you may already have seen, this year Sochi, Russia is hosting the Winter Olympics with some events held in the resort town of Krasnaya Polyana, from February 7 – 23, 2014. The Sochi Olympics is the first Olympics in the Russian Federation since the breakup of the USSR. The USSR was the host nation for the 1980 Summer Olympics in Moscow.

There will be 98 events in 15 winter sport disciplines, including skiing (various types/events), biathlon, bobsledding, curling, skating (various types/events), snowboarding and of course Canada's favourite, Hockey! An Olympic Park was constructed in the Imeretinsky Valley on the coast of the Black Sea, with Fisht Olympic Stadium and the Games' indoor venues located within walking distance, and snow events will be held at Krasnaya Polyana. While originally budgeted at $12 billion (US), various factors caused the budget to expand to over $51 billion (US), surpassing the estimated $44 billion (US) cost of the 2008 Summer Olympics in Beijing as the most expensive Olympics in history.

What an exciting time for all our Athletes from Canada and around the Globe who have been training for probably most of their lives for this one time chance at proving they are the best at their sport. Those who are lucky enough to have participated in an Olympic event previously will anxiously await another metal or perhaps a do-over that will prove all their Effort to be vindicated.

Here at Effort Trust, we want to extend our congratulations to those who made it to where they are and recognize that every one of our Athletes are winners in their own right. We wish them all the luck in their event(s) as well as safe travel and good sportsmanship overall.