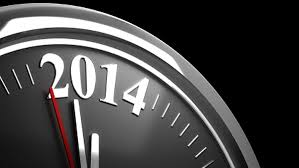 Do you remember 2014? It seems so long ago now. Here are some reminders of things that happened around the globe in 2014. Some things you may know about and they may or may not have affected you personally, others may shock you and come to a complete surprise as if you were living under a rock for the last year and maybe just maybe some things will make you say "hmmm, I didn't know that…..and I really don't care to!" Either way, here's the scoop!

Let's Begin With A Popular Kid's (and big kids') Game;

Flappy Bird debuted in Apple's app store in May, 2013 and by February 2014 it was the most-downloaded free game in 53 countries. The game became so successful, in fact, that creator Dong Nguyen was inundated with questions from press, fans and haters on a daily basis, to the point that he took it down on Feb. 9. It had been downloaded around 50 million times.

I don't know about you but I was NOT one of the 50 million downloads!

Apple announced its new Apple Watch product. Which everyone freaked out about for approximately one minute?

Did you get yours? Me neither!

Malaysia Airlines flight MH370 disappeared from the skies en route to Beijing from Kuala Lumpur. The disappearance of the jetliner is an "unprecedented aviation mystery", a senior official says on the third day of a massive air-and-sea search that failed to find any trace of the plane or the 239 people aboard. Australia spearheaded the hunt for the plane, which is believed to have crashed in the southern Indian Ocean, off the west coast of the country.

An April avalanche on Mount Everest killed 16 Nepalese guides, the deadliest incident in the mountain's history. Climbing groups canceled their summit attempts for the season, many out of respect for the guides who lost their lives, and the accident sparked the biggest debate in some time over whether climbing the world's tallest peak is worth the risk.

With the loss of Maya Angelou in May, North America lost one of its greatest poets, authors and voices. Angelou, author of many books including her famous memoir "I Know Why the Caged Bird Sings," was the nation's first black female director in Hollywood, and winner of awards such as the National Medal of Arts, the Lincoln Medal and the Presidential Medal of Freedom.

A leading virologist who risked his life to treat dozens of Ebola patients died from the disease. Sierra Leone, Guinea and Liberia were at the heart of the world's worst recorded Ebola outbreak. Rates of infection rose fastest in Sierra Leone and the country had more than half of the 18,000 confirmed cases of the virus. Some 6,200 people died from the virus from March - June.

The world mourned as the news broke that comedian Robin Williams had died in the bedroom of his San Francisco home. Williams was suffering from the early stages of Parkinson's disease and severe depression at the time of his apparent suicide.

We will never forget the terrifying video of a gun battle inside the hall of Parliament. As frightened citizens fled from the danger, men and women from the Ottawa Police and RCMP were running toward the danger; their bravery and tactical expertise saved countless lives. But most importantly, it is a day we honor Cpl. Nathan Cirillo, who was killed. Nathan was only 24 years old; he attended Sherwood Secondary on the Hamilton East Mountain and was a proud member of the illustrious Argyll and Sutherland Highlanders. Nathan Cirillo died in service to his country.

Australian cricketer Phillip Hughes (25) died in hospital in Sydney two days after being struck on the head by a short-pitched delivery during a domestic match. After being treated at the stadium, Hughes, who played 26 tests and 25 one-day internationals, was rushed to hospital to have emergency surgery to relieve pressure on his brain. News of Hughes' death brought a wave of tributes on social media, with past and present players conveying their shock and grief.

Sochi Winter Olympics (Feb 7 to Feb 23): the intended gap of four years ended in 2014, which graced the most awaited event: The 2014 Winter Olympics in Sochi, Russia. The event commenced on February 7 and terminated on 23 February 2014.

Commonwealth Games (Glasgow, Scotland): Scotland hosted the 2014 XX Commonwealth Games in Glasgow. The nation hosted it for the third time. It was the largest multi-sport event ever held in Scotland with close to 4,950 athletes from 71 countries exhibited their prowess by competing in 18 different sports, the event was held over 11 days from 23 July to 3 August, 2014. Sports persons competed in various disciplines including athletics, shooting, lawn bowls, swimming, and tennis. The Queen's Baton Relay that started off in October 2013 passed through several Commonwealth nations and concluded on the day of the Opening Ceremony of the Glasgow Games.

Calgary Stampeders hung on for the Grey Cup 2014 victory as the Hamilton Tiger-Cats fell short of a miraculous finish! We are still proud of our Hamilton Boys!!

…….And In The Entertainment World (If Anyone Really Cares);

Pharrell Williams had a "J.Lo in the green dress" Grammy moment when he wore a vintage Vivienne Westwood hat to the Grammys.

How I Meet Your Mother aired it's much hyped final episode.

Miley Cyrus performed on MTV Unplugged and surprised everyone by having Madonna jump on stage for a medley performance of "Don't Tell Me" and "We Can't Stop."

Justin Bieber was arrested in Miami and charged with driving under the influence, resisting arrest, and driving with an expired license.

A bunch of celebs had nude and personal photos leaked to the general public.

AND…..George Clooney got married.....Gwyneth Paltrow got divorced and of course..... Taylor Swift - "I go on too many dates − But I can't make them stay − At least that's what people say..." laid low last year, romantically anyways!

Well here's wishing you a memorable, happy, healthy, prosperous 2015! Make it a good one!